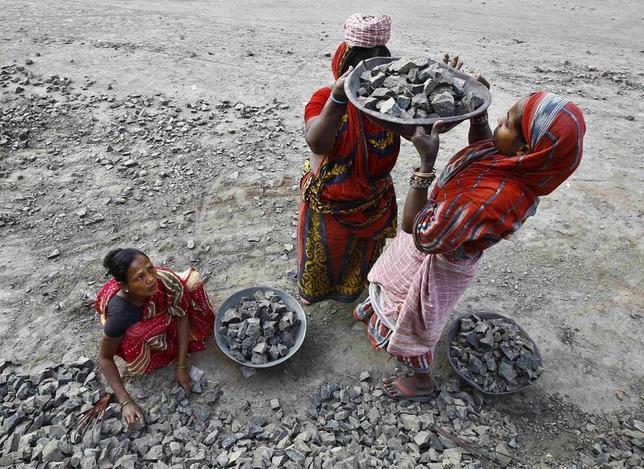 I came across SEWA which is a trade union in India for poor, self-employed women workers. They mentioned, these are women who earn a living through their own labour or small businesses. They do not obtain regular salaried employment with welfare benefits like workers in the organised sector. They are the unprotected labour force of our country. Constituting 93% of the labour force, these are workers of the unorganised sector. Of the female labour force in India, more than 94% are in the unorganised sector. However their work is not counted and hence remains invisible. In fact, women workers themselves remain uncounted, undercounted and invisible (SEWA 2009).

The economy of Ahmedabad has historically been based on the cotton textile industry. However, due to the increase in in-migration together with high poverty rates, workers were forced to take low paid casual jobs, which eventually led to a greater informalisation of the broader economy (Shodganga n.d). They help build roads, railway tracks, airports, and offices. They lay pipes for clean water supplies, cables for telecommunications, and dig the drains for sewage systems (Bhalla 2015). According to NSO Survey (1993/94), 4.17 per cent of all male workers and 1.27 per cent of all female workers are engaged by construction-related employment. Today, women construction workers account for more than 98 per cent of casual labour (Shodganga n.d).

Looking at research, majorty of these female workers were accomplishing unskilled work such as mixing cement, carrying bricks but also undertaking skilled work such as, plumbing, tile layering, painting etc. Yet despite this hard work, the women continue to face inequality. There is no equal pay, where the men earn twice as more in comparison to the women who earn around 100-200 rupees a day (£1-2).

Their body is their only asset. Safety and health is a big issue. If they are sick or injured and can’t work, they lose money (Bhalla 2015).

As well as with pay, these women face inequality within the workplace itself. There are no health and safety precautions in place, open to hazards as well as sexual harassment. To gain the jobs, there is always this case of sexual harassment and with men as their bosses, they always face abuse. The contractors are responsible for their accommodation and transport, where many offer pick up and drop off services. However, reading through several articles, hygienic toilets are not usually on site.

Despite having a job, earning for the family, these women are mostly wives and mothers, which means when they reach home their responsibilities continue. They must clean their homes and provide cooked meals for their husband and kids. The responsibility is never-ending and they have become trapped in this cycle. Hence, most women come with their husbands, and often with their infant children who are seen playing amongst the piles of bricks and gravel as their parents labor under the blazing summer sun (Bhalla 2015).

Unfortunately these women are vulnerable and exploited under the impression that despite all the abuse, they are in employment. Most of these rural women live with with husband and children in tent homes on the pavement or even platforms. There home is on the road, cooking on the road, sleeping in platforms.

SEWA has been working to secure the following benefits for women who work in the construction industry:

Unfortunately majority of these women suffer in silence, they are not aware of their basic rights. As there has been an introduction on recruitment, training modules and some support, it would be ideal to visit these women at this current moment and explore whether these changes are taking place. There is NGOs like SEWA who support this huge community, however it would be interesting to see how they support them and whether or not they reach the rural districts.